Two Davenport men, along with two people from Colorado, were arrested on drug- and gun-related charges after a report of a car traveling erratically Saturday morning on Interstate 80.

According to the arrest affidavit: 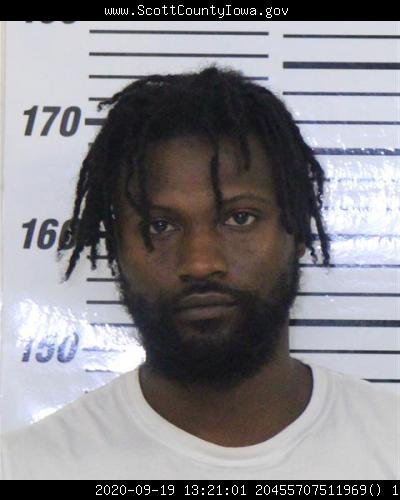 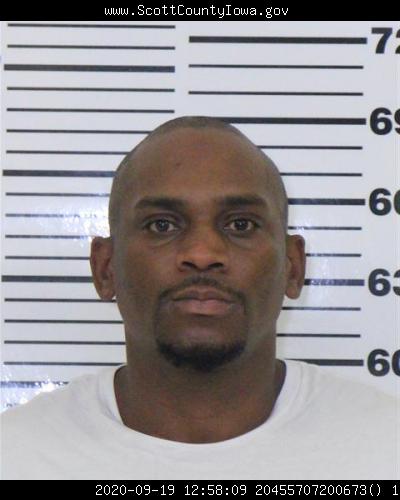 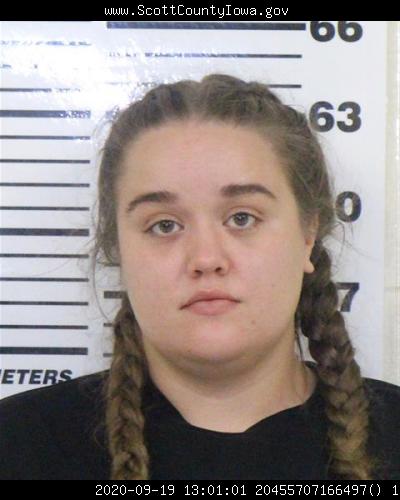 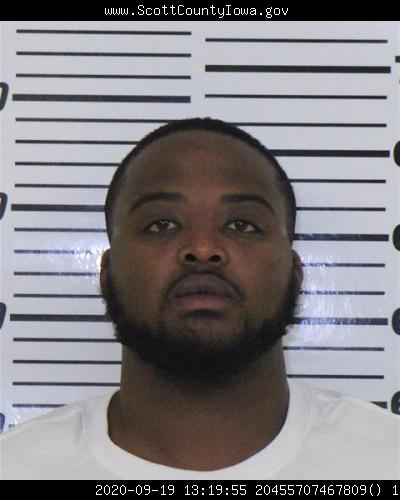 Shortly before 10 a.m. on Interstate 80 reported a blue passenger car (the witness also reported the license plate number) was driving erratically and at a very high speed eastbound on Interstate 80.

The witness also said that “a back-seat passenger appeared to brandish a firearm and point it in (the witness’) direction.”

An Iowa state trooper saw the vehicle near Mile Marker 291, in the Davenport area, and saw it proceed to merge into the right lanes and tailgate a semi.

The trooper stopped the car because of the traffic violation and to investigate what the caller said.

Through the open passenger window of the vehicle, a Budget rental car, the trooper smelled a strong odor of marijuana coming from inside.

Four people were in the car. The driver was Aubrey Cooke, 31, of Davenport. Passengers were Larue Antwan Austin, 30, of Colorado Springs; Chaase Veasey, 30, of Davenport, who had a  drug-related warrant for his arrest out of Rock Island County; and Kaitlyn Snelson-King, 26, also of Colorado.

A Glock pistol with a loaded magazine was in the center-console storage compartment between the front seats. Also, a small container of marijuana was under the front-passenger seat.

In the trunk was “a large array of marijuana/THC products,” many of which contained commercial dispensary labels from Colorado.

In a brown luggage bag was a “large array” of marijuana/THC products along with cocaine and a loaded Smith & Wesson handgun.

A back-seat passenger could easily access the trunk by pulling the back rest of the seat forward, exposing the trunk interior.

After they were read their Miranda Rights:

Cooke admitted to having four containers of marijuana, a total of about 70 grams. He said it was for personal use.

Snelson-King admitted the Glock was hers, and that the two small containers of marijuana in the passenger seat were hers, along with a quarter-pound vacuum-sealed bag of marijuana flower.

Veasey, a convicted felon, admitted the brown bag from the trunk was his and that everything in it was his except for the handgun, which he said belonged to Austin. Austin said the gun was registered to him.

Austin was being held Sunday in Scott County Jail on $25,000 bond to face felony charges of carrying weapons, failure to have a drug tax stamp, firearms/drug violation and possession with intent to deliver, as well as a misdemeanor charge of third-degree possession.

Cooke, released on bond shortly after his arrest, faces a felony charge of failure to have a drug tax stamp and a misdemeanor charge of possession of a controlled substance.

Snelson-King was being held Sunday in Scott County Jail on $5,000 bond for failure to have a drug tax stamp, firearms/drug violation, and possession with intent to deliver, all felonies; as well as misdemeanor charges of carrying weapons and possession of a controlled substance.

All are scheduled to appear later in court.

Have you seen these porch pirates?

Have you seen these porch pirates?

Flags to be lowered in honor of Pearl Harbor

One dead after shooting in Davenport

Aguto will lead a new Army headquarters in Germany …

Pet of the Week | Papaya

Lost dog turns herself in to police EGV

Flags to be lowered in honor of Pearl Harbor

One dead after shooting in Davenport

Customers told to stay inside QC store as police …

Best gifts for every grandpa