A panel of Associated Press sports writers voted in March 2020 on the top 10 men’s basketball games in the history of the NCAA Tournament. They are being republished because the sport has been shut down because of the coronavirus pandemic. The following game was voted No. 1 and this story was sent April 5, 2016.

HOUSTON (AP) — Kris Jenkins is one of those players who believes every shot is going in.

Sometimes, it feels so right to be right.

The Villanova junior answered a double-clutch, game-tying 3-pointer by North Carolina’s Marcus Paige with a buzzer-beating 3 of his own Monday night to lift the Wildcats to a 77-74 victory and the national championship.

One good shot deserved another.

And Jenkins wasn’t about to be outdone.

“I think every shot’s going in,” he said, “and this one was no different.”

The shot came on a play Villanova works on every day in practice: Jenkins inbounds the ball to Ryan Arcidiacono, he works it up court and forward Daniel Ochefu sets a pick near halfcourt to clutter things up, then Arcidiacono creates.

This time, the senior point guard made an underhanded flip to Jenkins, who spotted up a pace or two behind the arc and swished it with Carolina’s Isaiah Hicks running at him. Or, as Jenkins put it: “One, two step, shoot ’em up, sleep in the streets.”

Jenkins had to come up big after Paige collected a pass on the top right side of the arc and, with Arcidiacono running at him, double clutched and pumped it in to tie the game at 74 with 4.7 seconds left.

It completed a Carolina comeback from six points down with 1:52 left.

Coach Jay Wright called timeout and called the play the Wildcats (33-5) have worked on all season.

“I didn’t have to say anything in the huddle,” he said. “We have a name for it, that’s what we’re going to do. Just put everybody in their spots.”

He knew the shot was going in, too.

“Bang,” Wright said as he watched it fall, then calmly walked to shake Carolina coach Roy Williams’ hand. Confetti flew. The refs looked at the replay to make sure the shot got off in time. It did. The points went up on the scoreboard. Celebration on.

Jenkins finished with 14 points the last three as memorable as any that have been scored in the history of this tournament.

Oh yes, they could.

This adds to the title Villanova won in 1985, when Rollie Massimino, who was on hand Monday night, coaxed a miracle out of his eighth-seeded underdogs for a victory over star-studded Georgetown.

Hard to top this one, though.

Jenkins, who was adopted by the family of North Carolina guard Nate Britt when his mother moved to take a coaching job, now has a spot alongside and probably above Keith Smart, Lorenzo Charles, Christian Laettner and everyone else who ever made a late game-winner to win a big one in March Madness.

Paige finished with 21 and Joel Berry II had 20 for the Heels (33-7), the only No. 1 seed to make the Final Four. They came one agonizing shot short of giving Williams his third national title.

Not surprisingly, the tears flowed from the 65-year-old coach who, some speculate, could have worked his last game on the sideline; the entire sports program at Chapel Hill is under NCAA scrutiny and awaiting possible penalties for a long-running academic-fraud case.

“I’m not very good because I can’t take away the hurt,” Williams said. “I told them I loved them. I told them I wish I could have helped them more.”

His thought when he saw the last shot fly: “It was helpless. It was not a good feeling.”

Even MJ felt the pain. In the stands with the thousands of Carolina Blue-wearing fans, Michael Jordan simply nodded, smiled, looked at his buddy Ahmad Rashad and said, “Good shot, good shot.”

High praise from the Great One. And what a night for Villanova a second-seeded team full of scrappers, grinders and also-rans, who proved you don’t have to have a roster full of NBA-bound one-and-doners to win a title. More people in the ESPN bracket contest picked ‘Nova to lose to a No. 15 seed in the first round than to win the whole thing. This team flamed out early in the last two tournaments despite big expectations.

Before Jenkins did his thing, it was unheralded sophomore Phil Booth who isn’t unheralded on that Villanova squad? pouring in a career high 20 points to give the Cats their late six-point lead.

Booth forced a turnaround jumper with the shot-clock blaring to give ‘Nova a 69-64 lead at the 3:03 mark. With 1:52 left, a free throw from Josh Hart pushed the lead to six.

But Carolina never quits. Paige sandwiched a 3-pointer and a putback around a bucket from Brice Johnson (14 points, eight rebounds) to help the Tar Heels stay within striking range. Then, he took a bounce pass, scooted by the diving Ochefu, twisted past Arcidiacono and hit his double-clutch.

Carolina fans went wild, and it looked like overtime.

“If I could get a shot, I was going to shoot it,” said Arcidiacono, who finished with 16 points and two assists, one more memorable than the other. “But I heard someone screaming in the back of my head. It was Kris. I just gave it to him and he let it go with confidence.”

One good shot deserves another, and Villanova comes out on top

LONDON (AP) — Government to allow elite sports events in England to resume from Monday without spectators if conditions met.

Sports events in England allowed to resume from Monday

MANCHESTER, England (AP) — Sports events will be allowed to resume in England from Monday, without any spectators and providing they comply with the government's coronavirus protocols.

The guidance for elite sports bodies was published by the government on Saturday as COVID-19 lockdown restrictions that were imposed in March are eased further.

MADRID (AP) — The Spanish league says full team training sessions will resume Monday, ahead of the first match to be played following the coronavirus stoppage.

La Liga said the government gave authorization on Saturday for squads to practice together. Until now, players had been limited to individual training before progressing to small groups. 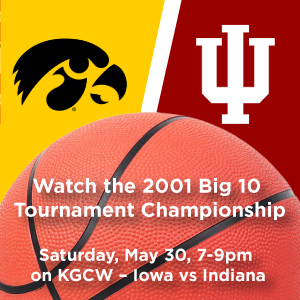