Simple experiments you can do at home!

Every so often celestial bodies will cross in front of each other and create odd phenomena in our skies. These phenomena are known as eclipses! There are multiple types of eclipses with a few subcategories based on the celestial object.

The three categories of eclipses are defined by the shadow, Umbral Eclipse (Umbra), Penumbral Eclipse (Penumbra), and Annular Eclipse (Antumbra). The parts of a shadow are known as the umbra, penumbra, and untumbra.
The umbra is the darkest part of the shadow, always found in the center of the shadow.
The penumbra is the lightest outer part of a shadow. This part of the shadow is the less dark outline that fades back to the light.
The antumbra is a bit harder to see, the antumbra becomes visible when the object creating the shadow is smaller than the apparent light source and the edges of the light source can be seen. We can visually see the antumbra in the shadow as a light patch where the umbra once was. Essentially, the antumbra is located where the umbra tapers off. The video showing solar eclipses will make that easier to see.

With that in mind, when the moon crosses in front of the sun (Sun–moon–Earth) we call these eclipses a solar eclipse. And depending on where the observer is, relative to what part of the shadow the type of eclipse will change. Theses are: Total Solar Eclipse (Umbra), Partial Solar Eclipse (Penumbra), or Annular Eclipse (Antumbra).

On the flip side, when the moon passes behind the Earth and into its shadow (Sun–Earth–Moon) we call these lunar eclipses. Instead of the observer being in the shadow the type of lunar eclipse is dependant on what part of the shadow the moon passes through. These eclipses are noted as Total Lunar Eclipse (Umbra) and Partial Lunar Eclipse (Penumbra). The moon does not have an Annular Eclipse due to the Earth’s umbra spanning far beyond the orbit of our moon.

What we had early Friday morning (November 19th) was a Partial Lunar Eclipse. This is called that because the moon did not cross completely into the umbral shadow of the Earth. Even though the coverage of the moon in the umbra was around 97%.

During lunar eclipses we frequently see the moon turn a reddish/orange hue. This occurs when the moon passes through the umbra of the earth. The reason for the color is due to light passing through the atmosphere of the Earth and hitting the moon. Just like during sunsets and sunrises when we see those reddish/orange colors, light from the sun passes through the atmosphere at a different angle and distance and gives off the vibrant colors we see.

So, with lunar eclipses covered, let’s talk a bit about solar eclipses! Because the moon is much smaller we actually can get three different types of solar eclipses. Just like lunar eclipses, the majority of or solar eclipses are either total or partial. A total eclipse occurs when the umbra of the moon’s shadow passes over the Earth. A partial eclipse is when the umbra misses the earth but we still pass through the penumbra of the moon’s shadow. The far less common type of solar eclipse is the annular eclipse when the moon is far enough away that it fails to entirely cover up the sun. Giving a halo or ring look to the sun, this is commonly referred to as the “Ring of Fire”.

If you’d like to see this yourself it’s a fairly easy experiment to set up at home! All you’ll need is a few light sources, a round object, and a sheet of paper, cardboard, or a flat wall. Easy objects to use to create these shadows could be a basketball, soccer ball, tennis ball, golfball, etc…. you get the idea right.

Depending on the type of light source and its relative size we can get different effects out of the shadows! If a small singular light source is used, like an LED light (Look at the back of your phone!) this will not allow enough light to pass over an object as it is extremely direct and does not spread out as well. This will cause the shadow of an object to only create the umbra.

This next experiment will allow for the umbra and penumbra to be visible. The only change needed here is to use a light source with a larger surface area, like a light bulb or a candle. (If using either of these make sure to be extra careful, especially around an open flame. Make sure to have parental supervision for this one.)

The last part is a bit harder to achieve but it can be done. The biggest factor in making this part work is making sure the light source is larger than the object. For example, if you don’t have a bigger lightbulb to use, get a smaller ball. If you were using a soccer ball or basketball use a golf ball or something smaller. Not only will the light to object ratio needs to change but the distance between the ball and background will need to be longer. So make sure to move the paper/cardboard further away to see this.

For some people, a simple knit scarf in a solid color is effortlessly stylish, while others prefer something bolder, such as a plaid blanket scarf.

We had our experienced product tester use the Crosley Cruiser Plus Turntable and the Victrola Vintage 3-Speed Record Player in real-world situations.

As the 2022 winner of Creative Toy of the Year, the Magic Mixies Magical Misting Crystal Ball contains several surprise elements.

Bettendorf to hold State of the City Address

Bettendorf to hold State of the City Address

On and Off the Radar

Gearing up for Ragbrai 2023

I-74 bridge closed due to crash

Learn about heart disease in women at UnityPoint …

I-74 bridge reopened after crash

Plan your next party with Wheely Boozy

Greece is the word for new QC theater company 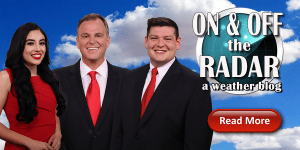